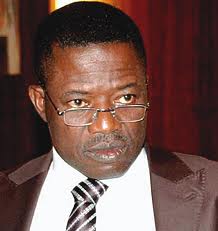 The Federal Government, yesterday, said that Nigerians should help the present police force to discharge its duty of protecting lives and property, and stop clamouring for the creation of State Police.

The FG also noted that since crime-fighting had become scientific, new recruitment procedures into the Force has to be science based. New recruits would therefore be people that have science-related subjects.

Speaking to newsmen, yesterday, after briefing the leadership of Peoples’ Democratic Party, PDP, on activities of his ministry, Minister of Police Affairs, Navy Captain Caleb Olubolade (rtd.), said that the 1000 closed-circuit television, CCTV, already installed in Lagos and Abuja were ready for commissioning by President Goodluck Jonathan.

According to him, Vice President Namadi Sambo had already inspected the cameras and confirmed that they were working, adding “President Jonathan will soon commission the CCTV for public use.”

Reacting to calls for creation of state police, the minister said: “My opinion is that we must make the present arrangement to work before we talk of new methods.”

“The existing police must be trained and properly equipped so that we can be proud of the police we have. Our policemen are good and they have demonstrated this during peace keeping activities in other countries.