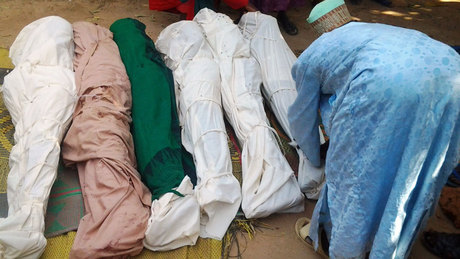 The death toll in the Yobe secondary school attack has risen to 29, the Nigerian military has said.

The military had earlier said 20 students and a teacher were killed when gunmen, suspected to be members of the Islamist terrorist sect, Boko Haram, attacked a secondary school in Yobe.

The spokesman of the Joint Task Force in Yobe, Eli Lazarus, while confirming the latest casualty figures, said the insurgents attacked Government Secondary School Mamudo, near Potiskum Town in the wee hours of Saturday.

He also said 4 students sustained injuries and are in “critical condition.”

Mr. Lazarus said no arrest has been made but a “cordon and search operation” is ongoing in the general area.

Many of the victims, according to a witness, were burnt alive by the attackers.