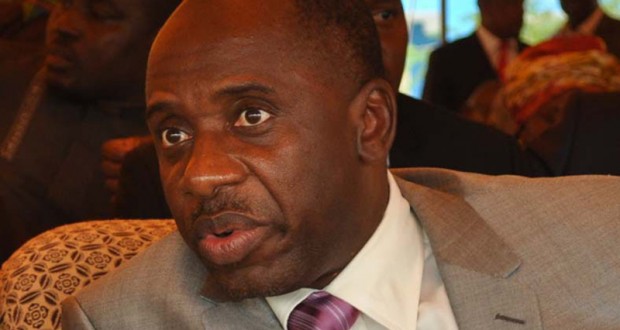 Anything short of the governorship position of Rivers State in 2015 will not be accepted by the Ogoni people, the Movement for the Survival of the Ogoni People (MOSOP) has warned.

The movement also flayed the continued marginalisation of Ogonis, which it said had deprived its people of fair representation at the national and state levels.

MOSOP’s position was contained in a communiqué issued on Monday in Port Harcourt, Rivers State capital.

Members of the movement held their national congress in Bori-Khana Local Government of Rivers State, where the ‘Ogoni 2015 Project’, aimed at actualizing the dream of an Ogoni person becoming governor of the state, was unveiled.

The communiqué by MOSOP President, Mr. Legborsi Pyagbara, urged political parties in the country to provide an opportunity for an Ogoni person to become the governor of the state in 2015 just as the rest of the country supported the emergence of Chief Olusegun Obasanjo, a Yoruba man, as President in 1999.

It read, “The congress decried the marginalisation of Ogoni resulting in our denial of fair representation at the national and state levels.

“The marginalisation has regrettably deprived our berth at the highest level of government in Rivers State. Congress resolved that in 2015, Ogoni will accept nothing less than the position of the governor of Rivers State.

“It therefore called on all political parties in Nigeria to provide that opportunity for Ogoni aspirants to become candidates for the office of the Governor of Rivers State as Nigeria did for the Yoruba nation in 1999, occasioning the emergence of former President Olusegun Obasanjo as President of Nigeria.”

Condemning the comments credited to the Rivers State Chairman of the Peoples Democratic Party, Mr. Felix Obuah, who called for the jettisoning of the rotation of the governorship position in the state among the three senatorial districts, MOSOP recalled that the same arrangement had produced Dr. Peter Odili (Rivers South West); Mr. Celestine Omehia and Mr. Rotimi Amaechi (Rivers East), adding that the next senatorial district (Rivers South East) should not be deprived of benefitting from the arrangement.