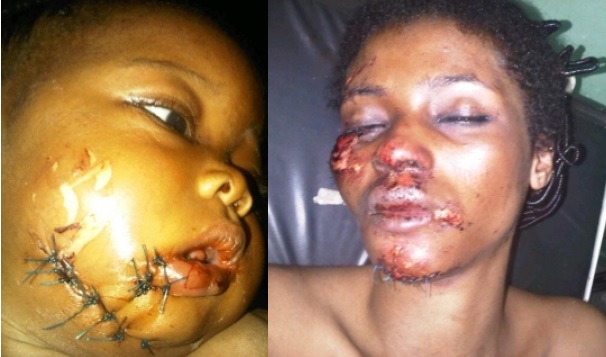 The Police Corporal, who last month knocked down a woman and her baby while driving against traffic in Lagos State, would not be shielded from justice, says Lagos Police Commissioner, Umar Manko.

It would be recalled that the corporal, identified simply as Friday, allegedly drove against traffic on June 23rd along the Apapa-Oshodi Expressway and knocked down a teacher, Mrs. Taskirat Anjolaiya and her baby, Ammarah in the process.

Friday was reportedly trying to drive an unidentified woman with affiliation to the Divisional Police Officer, FESTAC Police Division, Ibrahim Zango, to the airport to catch her flight when the unfortunate incident happened.

The police corporal was reported to have immediately transferred the woman from his car (a police patrol van) to a taxi cab while he rushed his victims to the Lagos University Teaching Hospital, where doctors confirmed that the mother of three sustained a pelvic fracture, facial bruises, and brain injury while the baby, Ammarah, also suffered deep facial cuts and a broken jaw.

But while speaking with newsmen on Monday, Manko said the incident was regrettable.

On whether compensation would be given to the family, he said, “We will see what we can do for her (Taskirat) on compassionate grounds because the DPO and the corporal were not on official assignment when the incident occurred, it was a private affair.”

The police boss, however, said investigations were ongoing as news of the incident only got to his ears recently.

He said since driving against traffic was against the state’s traffic law, the policeman would face bear the consequences.

“The corporal was brought to my office and has written a statement. The DPO has also been asked to give an official statement on the issue. By the time we are through, everyone will get his own portion of justice,” he said.

However, the victim’s husband, identified as Sulaiman, insisted that the police as an institution, had a case to answer since it was a police vehicle that was used in committing the act.

“The fact remains that it was a policeman driving an official police vehicle that knocked down my wife and child,” he said.