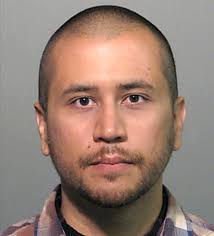 A Florida preacher said he’s been getting threatening phone calls likely intended for the man found not guilty in the killing of 17-year-old Trayvon Martin.

George Zimmermann — with two “n’s” in his last name — had to call the Volusia County Sheriff’s Office after he received several death threats, apparently meant forGeorge Zimmerman, according to WFVT.

Though he reached out to law enforcement, Zimmermann told WESH the calls don’t scare him.

“The type of people that would do this, they’re just venting their emotions, and being what I am, and who I am, OK, you vented, you’ve done it. I listened to you. That’s it,” Zimmermann said.

But Zimmermann told WKMG the threats were becoming a nuisance.

“I’m just tired of getting these calls,” Zimmermann said. “I don’t know what to do about it.”

Zimmermann has reportedly changed his number in hope of solving the problem.