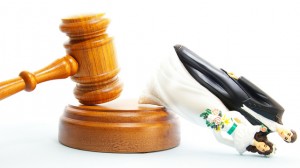 A Nigerian student in the UK, Jayeola Abiola, has been jailed for arranging fake marriage between him and a Portuguese, Vania Pinheiro-Fernandes.

The wedding plans, however, went bad when the registrar at Hull Registry alerted the UK Border Agency that the couple about to get married barely know themselves when they were interviewed.

The border agency then secretly filmed the wedding videos of the cars, groom, bride and best man as they were leaving the hall before arresting them.

Gurdial Singh of the Hull Crown Court: said: “It is often said that sham marriages are too prevalent and strike at the heart of the country’s immigration system.”

Abiola, a 29 year old law student at Hull University and Pinheiro-Fernandes, also 29, appeared for sentence after pleading guilty to conspiracy to breach immigration law by arranging a marriage so Abiola could remain in the UK.

Crown barrister David Bradshaw said Abiola’s visa was due to expire in January 2013, few weeks after the marriage, scheduled for last November and knowing this he made a payment to one Abiola Kumoye to arrange a sham marriage.

“The marriage was fake because he was not in love with her. He didn’t want to set up a loving family unit. He did it because he wanted to stay in the UK,” the prosecution said.

The bride and organiser stood to gain because they were being paid for their services, he noted.

Bradshaw said that the registrar became suspicious of the marriage when the bride gave a fake name and didn’t look like her picture in the passport and they were not convincing in answering questions.

Abiola Kumoye, 34, pleaded guilty to conspiracy to breach immigration law and acquiring criminal property (£2,650: the first part of the fee for the sham marriage).

The judge adjourned the sentence on the best man Ayodeji Abbis, 25, who was also found guilty of conspiracy.

Abiola was sentenced to 12 months imprisonment while his fake wife got eight months.

Andy Norris of the UK Border Agency said that sham marriages have grown considerably in the country and that they are working to tackle this head on.

“We will find and arrest anyone carrying out these crimes no matter where they are in the country,” he said.