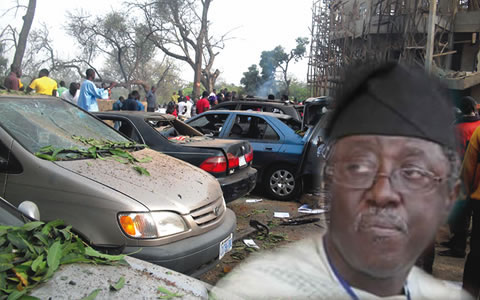 The fragile peace in Plateau State was again shattered on Saturday when five people were killed and three others left with various degrees of injuries as a group of armed men stormed Wase town in Wase Local Government Area of the state.

The attackers were however, eventually repelled by men of the Special Task Force, Operation Safe Haven.

Wase LGA has been the ground of attacks and counter attacks in the past few months with futile attempts made at invading Wase town.

The latest round of attack, it was learnt, took the form of a three-pronged strategy as the invaders approached Wase from three locations at about 7am on Saturday, injuring three people from the community and setting houses ablaze.

However, about five of the attackers were killed in the incident.

A youth leader, who identified himself as Adamu Wase, hailed the intervention of the STF, who he said, “helped us repel the attack. “

He revealed that “our attackers are Tarok by tribe. They came from three different locations: behind Wase Rock and from Kumbur area. The third group shot at us from the riverside.

“Thank God for the rainy season. The river was flowing, so they couldn’t cross. The STF chased them while we stayed back in town in case another group tried to come back.”

Confirming the attack, Chairman of Wase Local Government Area, Zakari Muhammed said, “it is unfortunate that these people keep making attempts to invade Wase town despite all efforts to restore peace in the area.”

STF spokesman, Captain Salisu Mustapha, who said calm has been restored to the area and that the situation is being monitored closely by the STF, said, “Kumbur village was attacked today (yesterday). They intended to attack Wase town but were repelled by our troops. They burnt a few houses and looted properties, but one of the attackers has been killed.”