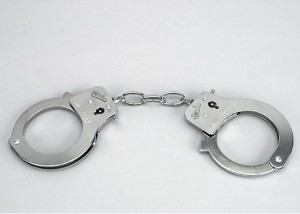 A ten-year-old Texas girl has been arrested for allegedly raping a 4-year-old boy in the courtyard of their apartment complex, reports KHOU.com.

“She was just being a child having fun and playing,” the girl’s mother said. “She didn’t know she was doing anything wrong.”

According to the Houston Police Department, a juvenile sex crimes investigator was assigned to the case after the incident was reported back in April and the girl was arrested last week.

“Me and my mom were crying and then she took me to the police car,” said the little girl accused of the heinous crime. “I didn’t want to get in [the car].”

“Just to see her looking through those bars screaming for me to get her out was a nightmare,” added the mom.

The girl was taken to a juvenile facility where she was fingerprinted, issued a standard jumpsuit and spent 4 days locked up before her release.

While community activists have come out to defend the girl, calling the incident nothing more than “horseplay,” her mother says that she’s not sure what happened, but her daughter shouldn’t be criminalized.