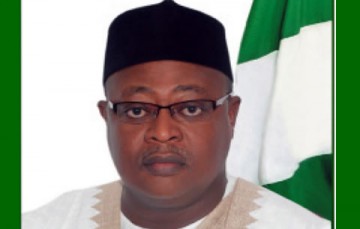 The removal from office of Minister of Youth Development, Alhaji Inuwa Abdulkadir by President Goodluck Jonathan has been hailed as a ‘welcome development’ by northern youths.

It will be recalled that the former minister was unceremoniously shown the exit door by President Jonathan on Monday while he was busy on official assignment in Calabar, the Cross River State capital.

The youths, who expressed support for the move, said the sack of the minister was long over-due as he was disconnected from issues relating to youth welfare and development.

Their position was articulated by National President of Arewa Youth Forum, AYF, Alhaji Gambo Gujungu, in an interview culled from Vanguard.

According to Gujungu, Abdulkadir refused to heed the advice by well-meaning youth groups in the North on how to tackle the myriad of challenges confronting them on a daily basis.

“We see the sack of the minister by President Jonathan as a welcome development,” Gujungu said, adding that it could not have come at a better time than it did.

“To be honest with you, the former minister did not do much to satisfy the needs of the teeming youth population in the country and his removal did not come to us as a surprise. We are aware he did not know how to handle youth problems even though we tried many times to advise him he did not listen to us”.

However, Gujungu urged the president to pick a replacement for the sacked minister from Sokoto State on the basis of competence as against political affiliation to the Peoples Democratic Party.

He warned that any attempt to appoint the replacement based on political considerations, would also not yield the desired result and might also lead to disappointment.