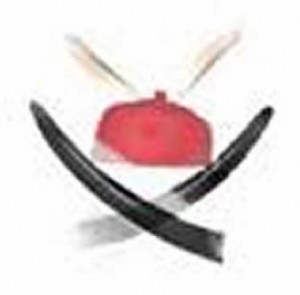 The Igbo Youth Movement, IYM has told South East politicians in very clear terms not to accept the slot of vice-president on the platform of any political party.

The group also advised Igbo politicians to exercise patience in their bid to contest for the position of president.

The IYM’s position was contained in a press statement signed by its President, Evangelist Elliot Uko and made available to journalists in Enugu on Tuesday.

“IYM hereby warns that no Igbo man should accept the vice-presidency at this time. We would bid our time until we claim our turn at presidency.

“We would also like to use this opportunity to proclaim our heartfelt gratitude to President Jonathan on the fulfillment of an International gateway at Akanu Ibiam International Airport, Enugu. We are truly grateful.

“Now, we know that the modernization of the Eastern railway lines and other promises would be fulfilled in due time too. We know that the people of South East know how to reciprocate when the time comes.

“We believe that Mr. President knows that only prompt and dutiful fulfillment of his promises to Ndigbo will sustain his relationship with our people and nothing else”, IYM stated.

They enjoined Ndigbo both at home and in Diaspora to join hands and support apex Igbo socio-cultural organization, Ohanaeze Ndigbo in order not to give an impression of a disunited home front to outsiders.

According to IYM, “The Igbo question within the context of a larger Nigerian question cannot be favourably resolved if Ndigbo remains disunited and permanently at war with themselves.

“We must place group survival above individual differences. We plead with all those aggrieved persons to place group interest above all else and come together as one united family in order to confront the task ahead with one mind and one might.

“We also plead with Igbo elders, royal fathers, bishops and town unions to step in and resolve whatever differences that are still lingering within Igbo leadership. It is obvious to all that if we do not close ranks early enough, we could become the laughing stock of all Nigeria. We must come together for the sake of our progeny”.