Mr. Alexander Njoku, 25, has faced Ikeja Magistrate Court, over an allegation of damaging a flower tree belonging to one Ms. Onyeka Onwenu. 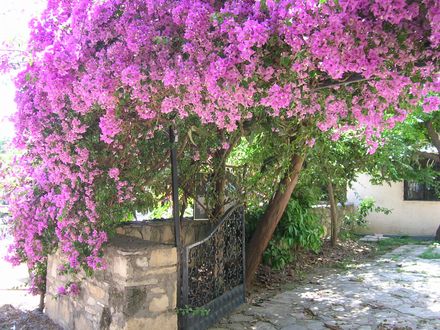 The defendant, who was arraigned before Magistrate Sule Hamsat, is facing a one count charge of malicious damage, preferred against him by the Police.

It was said that the defendant trimmed the tree as part of his duties as a cleaner because he saw snakes and reptiles that could cause injuries to worshippers and occupants at the premises.

Inspector Roman, the Prosecutor, told the court that Njoku, who works as a gardener and cleaner at House of Praise Christian Centre located at 28B Isaac John Street Ikeja Government Reserved Area GRA, committed the alleged offence on July 19, 2013.

He said that the defendant maliciously and willfully damaged the flower tree at the property, which housed both the Church and Onwenu’s office on July 19, 2013 at about 9 a.m.

The Prosecutor said that the offence committed is punishable under section 348 of the criminal law of Lagos state of Nigeria 2011.

However, when the charge was read to the defendant, he pleaded not guilty to the one count charge against him.

Magistrate Hamsat granted him bail in the sum of N50, 000 with one surety in like sum. The case has been adjourned till September 24, 2013, for mention.