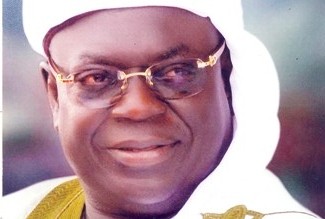 Niger State Governor Dr. Mu’azu Babangida Aliyu on Sunday announced plan to increase the salaries and allowances of traditional rulers in the State.

Aliyu made the pronouncement in Minna when the state’s traditional rulers, led by Etsu Nupe, Alhaji Yahaya Abubakar, paid him Sallah homage at his residence.

According to the governor, the new salaries and allowances would be captured in the 2014 budget.

He also said that eight guest houses would be built in Minna as befitting accommodation for the eight first class traditional rulers during official engagements in the state capital.

He directed the Ministries of Works, Housing and Local Governments to produce the design for the houses and present them to the royal fathers for vetting before construction.

Aliyu said the gesture was to show appreciation for the traditional rulers’ efforts in ensuring peace and stability in the state.

He said the traditional rulers had played a great role in ensuring that their subjects understood issues being canvassed by government at all times.

He explained that the consultative visit by five governors to past and present political leaders was meant to douse political tensions, adding that the exercise had begun to yield deserved results.

“Some of the results are that we are meeting as PDP governors as a whole and also with some of our elders as a group.

“The President met with us to understand the issues we are talking of.

“So this consultation must continue, not only by the five governors, but by any person who feels that he can contribute to the peace, progress and development of Nigeria.

“Lack of communication is usually the cause of most of our problems. We discussed the issues because it is like a dialogue.

“It is discussion to say look how do we resolve, for example the issues of Governors Forum? We are discussing so that issues do not go beyond the level they are and that is the essence”, he added.

Earlier, Abubakar commended the governor for his collaboration with the traditional rulers “which had ensured peace in the state.” (NAN)