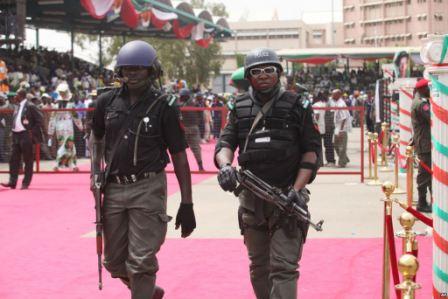 The Inspector-General of Police, Mr Mohammed Abubakar, has assured delegates to the PDP Special Convention slated for Saturday that the police will provide adequate security in and around the venue of the event.

Towards this, Abubakar said he had issued an operational order to the Commissioner of Police in the FCT, Mr Femi Ogunbayode, directing him to ensure “tactical and well coordinated deployment of personnel and equipment”.

This is contained in a statement issued by CSP Frank Mba, the Force Public Relations Officer on Thursday.

The statement said that the deployment was to provide safe and conducive atmosphere for the convention.

“He has equally directed the deployment of personnel of the Police Mobile Force (PMF), Counter-Terrorist Unit (CTU), Anti-Bomb Squad and the Police Air Wing for aerial patrol.

“In addition, personnel of the Canine section and special operatives of the FIB are to be deployed for the operation.

“The AIG Zone 7 has been directed to personally take charge of the entire operation to guarantee a seamless command and control of the exercise,” it said.

It said that all roads leading to Eagle Square, venue of the convention would be barricaded and traffic diverted with effect from 4.00pm on Friday, Aug. 30.

It advised motorists to utilise alternate routes during the convention.

The statement advised persons not participating in the convention to avoid the venue as police operatives had been instructed to restrain all intruders irrespective of status.

It urged the public to cooperate with the Police and other security agencies in ensuring a hitch-free convention. (NAN)