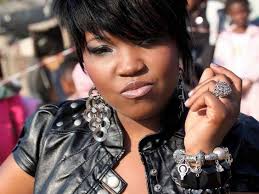 My name is Yetunde Alabi a.k.a Sasha. I am in my 20s and I have a degree in law from the University of Lagos. Rapping is a talent and I just discovered that I could do it. Growing up in the 90s, I got a lot of influences from hip hop. I love Lauryn Hill, Tupac, and Fugees to mention but a few. It had an influence on my choice of music.  Rapping came naturally to me because I also started off writing poetry.

Why I went off the scene

It was a deliberate decision because I needed to take some time out to focus on my retail clothing line, ‘Eclectic by Sasha’. My dream is very big; I want to be in every state in Nigeria. The fashion in Nigeria was getting bigger and what I wanted to do had not been done. I had to just focus on my fashion business. Even during that time, I made sure I released one or two singles and collaborated with other artistes. We are still recording but I am not going to announce any dates. All I would say is that we are very excited about the new sound we are working on.

Fashion has always been something that I did. I have always made the clothes that I wore for performances. Also, I had dressed other artistes and I had styled videos. My mother had a fashion house when I was growing and she had loads of tailors. I had done music for about 10 years when I decided to delve into fashion properly.  The unofficial debut was in 2011 at a multi-brand retail store but after a year, I got familiar with the business and I did an official launch in 2012. The brand has done very well. I wear my clothes and I have been invited for a lot of shows in the last one year.

That title was given to me by my fans .It was the title of my debut album and everybody decided to call me the First Lady. As much as I am not into titles, I think the reason why the name resonates is because I have had a lot of firsts in my career.

I always say it is not about the competition. I love music and I am excited about the success being recorded by all the female artistes. The more, the merrier. All the divas are my friends and we have helped and advised one another in some ways.

It is God. When God blesses you and you do what you are supposed to do, He will grant you favour.

I studied law because I have always been very opinionated. I am very inquisitive and I have an opinion on everything. I did not go to Law School and the choice not to practise was mine. I did not have nine months to go away just when my career was taking shape. Apart from that, there is nothing you do in life that you don’t require legal knowledge for; therefore, my degree in law comes in very handy. I am already taking courses in arbitration and alternative dispute resolution. Maybe when I retire from music, I will do that as well.

Everything that I do does not necessarily have to be liked by people that are even my friends not to talk of people that don’t know me. People are going to say a lot of things but figure out which is true and if there is a lesson to be learnt , take from it and go instead of dwelling on it. I won’t lie, I have been upset a lot and that is one of the reasons I did that song, ‘Adara’.

I was not dropped by Samsung. My contract expired and we did not renew. It is wrong to say I was dropped because you don’t even know what was in my contract.

I think style is being comfortable in your own skin. Style also means confidence. If you lack confidence, you can’t be stylish; you will be following every fad to make up for your inferiority complex.

I don’t talk about my personal life and when you don’t talk about something, people are going to speculate and say all sorts of things. I won’t even tell you the qualities my Mr Right must possess because you won’t receive applications from prospective suitors on my behalf.