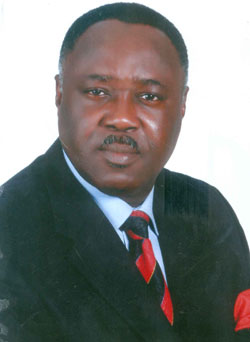 A chieftain of the All Progressives Congress (APC), Chief George Moghalu, has respectfully declined his appointment into the board of the National Institute for Fresh Water Fisheries Researches by President Goodluck Jonathan.

In a letter to the secretary to the government of the federation, Senator Pius Anyim dated August 21, 2013, Moghalu, a former national secretary of the All Nigeria Peoples Party (ANPP) from Anambra State, said his decision to decline the offer was based on his busy schedule with other national commitments.

The letter reads in part: “My attention has been drawn to publications in national dailies in which my name, Chief George N Moghalu, was listed as a member of the board of National Institute for Fresh Water Fisheries Researches.

“While thanking my President for the recognition, may I most respectfully decline the appointment. I wish to state that as much as I will always want to serve our nation in any capacity possible, I want to say that I am presently pre-occupied with some national commitments,” he wrote.