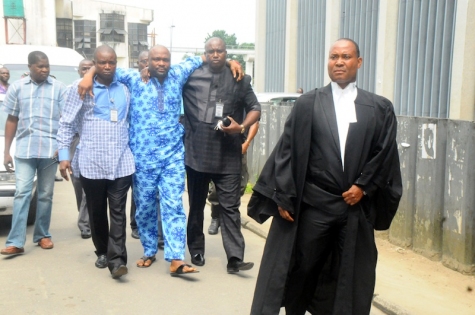 A vacation court in Port Harcourt, the Rivers State capital has ordered the release of the international passport of the embattled leader of the state House of Assembly, Chidi Lloyd, to enable him travel abroad for medical treatment.

This was disclosed to reporters on Friday by his lead counsel, Beluolisa Nwofor, SAN, in Port Harcourt.

Nwofor said the court’s decision to release his client’s passport was based on two medical reports issued by Lloyd’s doctors directing that he should proceed on urgent medical treatment abroad.

“Yes. We had to apply to a Vacation Court for his passport to be released to enable him travel for medical treatment. Because, after he was granted bail, his doctors examined him on two different things and issued a report that showed extreme urgency. Also, the medical facilities needed to attend to him are not readily available here.

“And because of that, he needed to travel abroad. In fact, they made a specific referral to a hospital in London where he could obtain adequate medical treatment. You know he cannot travel without his passport.

Nwofor, however, added that the court granted that the passport be released for six weeks only, ordering that the travel documents should be returned to the court on or before October 28, 2013.