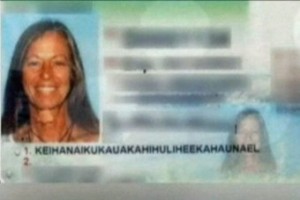 A Hawaiian woman with a 35-letter surname has persuaded the US state’s authorities to change their official ID card format, because her king-sized name will not fit.

Janice Keihanaikukauakahihuliheekahaunaele, whose traditional Hawaiian name comes from her late husband, said she would never consider using a shortened version, and so used local media to press officials to take action.

“I love the Polynesian culture I married into, I love my Hawaiian name. It is an honour and has been quite a journey to carry the names I carry,” Ms Keihanaikukauakahihuliheekahaunaele, whose maiden name was Worth, said.

For years she has carried two forms of identification: her driving licence, which only has room for 34 characters, and her official Hawaii state ID card, which in the past had room for all 35 letters.

But the problem came after Keihanaikukauakahihuliheekahaunaele’s state ID was renewed in May – and came back the same as her driver’s licence, with the last letter missing, and with no first name.

Then a traffic cop pulled her over.

“He then told me ‘Well, you can always change your name back to your maiden name.’ This hurt my heart.

“Over the last 22 years I have seen Hawaii is being bulldozed and the culture of Hawaii being trampled upon and this policeman treated my name as if it is some mumbo-jumbo.”

Exasperated, Ms Keihanaikukauakahihuliheekahaunaele, who was originally from New York and worked on Wall Street until 1991, took her case to a local TV station, KHON-2, who publicised the problem, putting pressure on the Hawaii Department of Transportation.

Within days, authorities, who had previously told her it would take two years to change and the surname character limit would remain, had decided they could act more quickly.

“We understand how she feels and are working to correct the situation,” transport department spokeswoman Caroline Sluyter said.