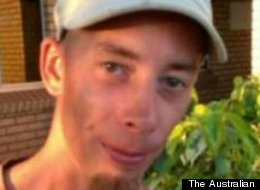 “In a while, crocodile!” has never been said with so much joy.

New Zealand kayaker Ryan Blair was trapped on a small island off the coast of Australia for more than two weeks by a huge crocodile, 9 News reported.

Blair, 37, was exploring the waters near Kalamburu and wound up on Governor Island, about 2.5 miles from the mainland. When he decided to head back, he soon found he was sharing the island with an enormous reptile who had other plans.

Whenever he attempted to leave the island, Blair says, the croc chased him and blocked his exit. In a kayak that, at about 8 feet long, is less than half the estimated length of the crocodile, Blair felt he didn’t stand a chance.

Blair noted he had been trying to use a fire to signal to passing boats for days, but to no avail.

Though Blair has been receiving a good deal of media attention for his adventure, locals are not impressed.

Koeyers noted that Blair should have known not to go out to the island “in the first place” and should have spoken with locals first.