Tim Patch is an artist from Australia, whose nickname is Prickasso. The Australian gained a worldwide recognition as he uses his penis instead of a paintbrush to create pictures! 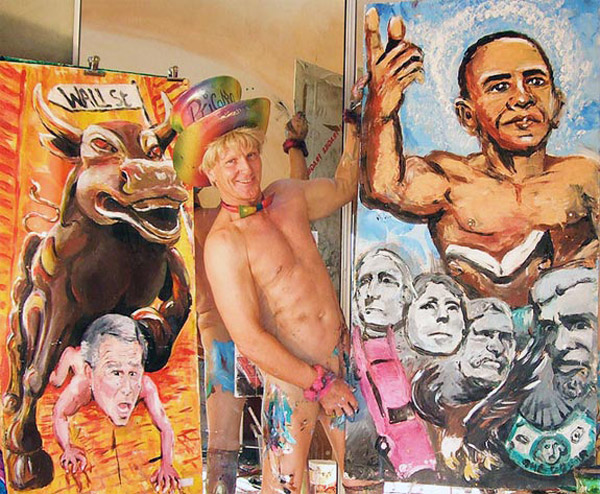 The artist became popular after exhibiting on 10th Annual Sexexpo Show back in 2006. Tim presented his pictures and declared himself as the founder of a new genre – penis-art.

Since then Tim Patch has really become a master of such an unconventional painting technique.

Tim Patch admits that he is more interested in drawing women’s portraits. Politicians celebrities and nature have a lower priority in his works.

It’s hard to imagine how these ladies feel, as they see a naked man is just several meters away from them…