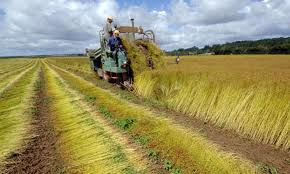 Mental health problems plaguing much of rural France were thrown into sharp relief this week by a study that found that a farmer commits suicide every two days.

The saddening statistic was part of a study commissioned by the French Institute for Public Health Surveillance.

The results showed, specifically, that between 2007 and 2009, male farmers were 20 percent more likely to commit suicide than their compatriots in other professions, according to the Agence France-Presse. This risk increased with age and specialty, with cattle farmers between the ages of 55 and 64 committing suicide at a rate 47 percent above the national average in 2008.

The study notes that the strikingly high mortality rate among French rural farmers, and cattle farmers in particular, coincides with the financial struggles experienced by the industry during the period of the investigation. (The stockbreeding and dairy sector has been hit especially hard by the economic crisis, which has affected the costs of milk and meat, reported French-language paper L’Express.)

The AFP notes that the isolation of many farmers living in rural areas may also be contributing to the suicide rates. More research is planned to determine if the trend continues in 2010 and 2011.

Not surprisingly, the study has already generated a lot of buzz in the French press, and it has elicited responses from both the government and union representatives.

“We cannot deny that this trend has coincided with difficulties in the industry, especially for cattle and sheep farmers,” Jean-Bernard Bayard, vice president of the main French farmer’s union FNSEA, told The Local. “There are many pressures on the industry and they are becoming greater all the time. This report needs to be heeded by the government but also by French society as a whole.”

Even before the study’s results were released, however, the plight of the French livestock economy had caught the eye of French president Francois Hollande.

In an effort to try to alleviate some of the hardship, Hollande announced he would be shifting almost 1 billion euros in European Union subsidies to help livestock farmers, Reuters reported.

“My first priority is livestock farming,” Hollande said at a French livestock show on Oct. 2. “To let breeders in the situation they are in today, with lower income than the rest of the profession, higher risks, heavy constraints, is to weaken French agriculture as a whole.”

An earlier Foreign Policy report notes that Europe’s economic crisis of the past several years has led to a mental health crisis across the continent, not just in France. Spain, France’s neighbor to the south, for example, saw a 30 percent increase in the number of calls it fielded though its suicide helpline in 2012.