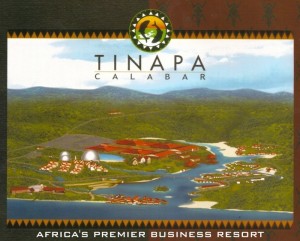 The Asset Management Corporation of Nigeria (AMCON) has confirmed plans to hand over Tinapa, a business and leisure resort, to a private sector operator.

AMCON had Monday signed an agreement with Governor Liyel Imoke of Cross River State, which effectively handed over 85 per cent of Tinapa’s shares to the corporation.

The move followed a recent letter from the state governor to the Cross River House of Assembly seeking approval for the government to hand over its shares in Tinapa to AMCON, to pave the way for the privatisation of the outfit which has remained unprofitable since it was set up in 2007.

Managing Director/Chief Executive Officer, AMCON, Mr. Mustapha Chike-Obi, while commenting on the privatisation plan, said: “The strategy is to find an operator for Tinapa immediately. We will advertise for an operator very soon, inject capital into the facility and allow the operator to run it for some years.

“After Tinapa has been made profitable, we will privatise it just like we are doing to the three bridged banks we took over. So it is the same strategy we used for the banks that we are using for Tinapa.” 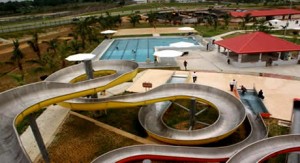 The strategy to revive Tinapa, Chike-Obi however pointed out, would be subject to the approval of the Cross River State House of Assembly.

Governor Imoke noted that the purpose for which Tinapa was established had not been fully realised despite efforts by the state government to make it profitable.

Under the deal, AMCON has inherited the N18 billion debt the Cross River State Government owes the banks for the construction of Tinapa, as well as other assets and liabilities of Tinapa.

AMCON is also expected to inject about N29 billion to revive business activities in Tinapa before inviting investors to take over majority shares in the outfit.

Speaker of the Cross River House of Assembly, Mr. Larry Odeh, had said the move to privatise the institution was in the best interest of the state, adding that it would stimulate growth of the economy of the state.

Over $350 million was spent by the administration of former governor Donald Duke to set up the business and tourism centre in the state.

The Tinapa Free Zone and Resort has facilities for retail and wholesale activities as well as leisure and entertainment.

Also, it has an entertainment strip that hosts a casino, digital cinema, children’s arcade, restaurants, a mini amphitheater, a night club and pubs.

Its business facilities include an open exhibition area for trade exhibitions and other events, and a movie production studio called “Studio Tinapa” or “Nollywood”.