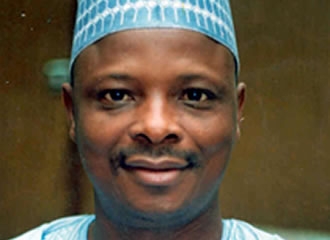 It was learnt that Kwankwaso’s troubles began after he erected a permanent structure on an extension on the said plot of land which violated the terms and land use purpose in the FCT.

A source close to the Land Department and the Development Control Department of the FCTA revealed that the governor acquired a property measuring about 2,500 square metres in Maitama District during the sale of government houses under a previous administration and later got an approval to extend the land to the adjoining green areas based on the condition that he would not erect permanent structure on the extension.

But following his non-compliance with the condition which led to the withdrawal of the allocation, the Development Control Department may be left with no option than to remove the said illegal structure.

Confirming the revocation of the land, Nosike Ogbuenyi, Special Adviser on Media to the FCT Minister, Senator Bala Mohammed, denied the action had anything to do with the current crisis rocking the Peoples’ Democratic Party, PDP.

“The action is purely administrative, it has no political colouration. We don’t look at people’s faces.”

Governor Kwankwaso, who is performing the Muslim Hajj on the invitation of Saudi authorities, could not be reached for comments.

An sms sent to his Director of Press and Public Relations, Mallam Halilu Dantiye indicated that he could not respond to the latest development till the governor returns to the country.

“He’s away for Hajj”, read the sms sent as a response to an inquiry on what next line of action would be taken on the revocation of Governor Kwankwaso’s plot of land.