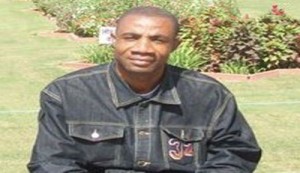 Eyewitnesses say the deceased had parked his car for several hours by the side of the road, which aroused the suspicion of passersby, prompting them to move closer to check on him.

The eyewitnesses said the deceased had reclined the driver’s seat and lay on it as if he was sleeping; until they opened the car doors to find out that he was motionless and lifeless.

The sympathisers who noticed the Thisday sticker on the windshield of the car, informed Thisday of the tragic incident, after which Thisday management called the police from Area B Command.

The body was moved to Lagoon Hospital in Apapa where he was confirmed dead.

The hospital could not immediately say the cause of his death, but said an autopsy would determine the actual cause of death. The doctor on duty however said the deceased might have died of cardiac arrest.

Before his death, Ohia was also Press Trust of India’s Nigeria correspondent.

Ohia was survived by a wife and two children.