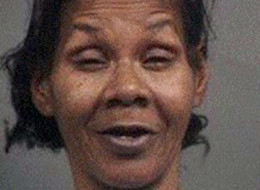 A woman who controlled the crack cocaine trade in her western New York neighborhood and employed her own children and granddaughter faces sentencing this week.

Buffalo resident Theresa Anderson pleaded guilty to drug conspiracy in June. Under the plea agreement, she faces 14 to 17 1/2 years in prison when she appears in federal court Tuesday.

Authorities say Anderson led a drug operation for a dozen years in her neighborhood by buying up property, employing relatives and close acquaintances, and paying lookouts to watch for police.

Some neighbors say it feels less safe with Anderson and her lookouts gone and her houses abandoned. But authorities say Anderson’s nonthreatening persona is part of what made her such an insidious criminal.