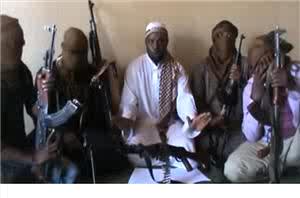 Human Rights Watch, HRW has accused outlawed sect Boko Haram of abducting scores of women and girls and of using children as young as 12 in its combat operations.

In a statement  published on its website on Friday, the New York-based group also accused the Nigerian government of failing to account for hundreds of men and boys rounded up during the armed group’s four-year insurgency.

The report comes weeks after the government extended the state of emergency it imposed in May in the northeastern states of Adamawa, Borno and Yobe to try and flush out insurgency in the region.

HRW’s Africa director, Daniel Bekele said of the armed group; “For a group that claims to be religious, Boko Haram’s tactics are the most profane acts we can imagine.

“The killing and mutilation of ordinary Nigerians, the abduction and r*pe of women and girls, and the use of children for fighting are horrifying human rights violations,” the rights group added.

The group’s deadliest attack this year happened in September in the town of Benisheikh, 74km west of Maiduguri, killing at least 142 people.

HRW regards the September attack as the most lethal incident in Borno State since 2010.

Human Rights Watch said its findings were based on interviews it conducted with more than 60 victims, medical personnel, Civilian Joint Task Force commanders, members of local rights groups, government officials, and witnesses during a nine-day trip to the cities of Kano and Maiduguri.

The Civilian Joint Task Force, allied with Nigerian security forces and is helping in the fight against Boko Haram has also bear the brunt of insurgency with many of their members having being ambushed and killed by the terror group.

Human Rights Watch, which last year documented Boko Haram attacks and abuses by government security forces against civilians, said the rise of the Civilian Joint Task Force had added a “worrisome new dimension to the violence”.

It said civilian task force members inform security forces about presumed local Boko Haram activity and the group’s fighters then retaliate against both the neighbourhood vigilante group and the broader community.

Commanders of the Civilian Joint Task Force said that they had rescued 26 abducted women and girls from a Boko Haram stronghold in Maiduguri and later in Sambisa Forest, the rights group said.

“Some of the women and girls were pregnant; others had babies. The commanders told Human Rights Watch that a number of the girls had been abducted while hawking wares on the street or working on farms in remote villages,” the statement said.

“Many girls who were rescued or had escaped were sent off by their families to distant cities like Abuja and Lagos to avoid the stigma of rape or pregnancy outside of marriage.”

Several witnesses said they had seen children in the ranks of Boko Haram during attacks. In Maiduguri, Human Rights Watch researchers saw a video recording of the interrogation by security forces of a 14-year-old boy, who described the role he played in Boko Haram operations. [AlJazeera]