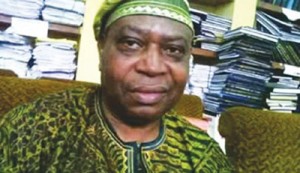 Human rights lawyer, Mr. Femi Falana (SAN), has vowed to pursue the circumstances surrounding the death of the former President of the Academic Staff Union of Universities, ASUU, Professor Festus Iyayi in court.

Falana said this, yesterday, while addressing journalists over Iyayi’s death.

Iyayi was on his way to Kano for a National Executive Council meeting of ASUU, when the convoy of Kogi State Governor, Idris Wada rammed into his car on Okene-Lokoja Road. He died in the accident.

Falana, who noted that the death of the late don is a “personal loss,” said the leadership of ASUU and the family of the deceased have given him the mandate to pursue the matter in court.

He also admonished other political office holders to take a cue from Lagos State Governor, Babatunde Faashola who moves about without a siren despite his busy schedules and the chaotic situation of traffic in the city of Lagos.