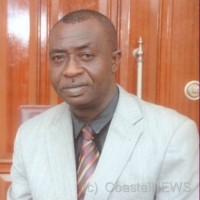 Raphael Oloye Nomiye, member representing Ondo, Ilaje, Ese Odo federal constituency on the platform of the Labour Party in the House of Representatives died in the early hours of yesterday after what security sources said was a sexual affair with a female banker (names withheld) at his private residence in Gwarinpa Estate, Abuja.

Rep. Nomiye, also known as ‘Groovy’, was reportedly rushed to the National Hospital, Abuja, where he was pronounced dead. He was aged 50.

The Federal Capital Territory (FCT) Police-Public Relations Officer, Hyelhira Altine Daniel, confirmed the incident, saying the command was still investigating the cause of the legislator’s death.

Meanwhile, it was learnt that the female banker, who was allegedly with the late Ondo State federal lawmaker when he collapsed on his way to the bathroom and started vomiting blood, is presently cooling her heels at the Gwarinpa Police Station where she is helping detectives unravel the mystery behind Nomiye’s death.

Sources disclosed that the female banker had earlier denied having sexual intercourse with the lawmaker before his death. But she was said to have recanted after doctors at the National Hospital conducted a quick examination of the corpse and came to the conclusion that the deceased had engaged in sexual activity shortly before his demise.

The sources said after the test, the banker admitted to interrogators that she had actually slept with the deceased and had even helped him to clean up, following which he went into the bathroom, where he suddenly fell and began to vomit blood.

The late Nomiye is survived by a wife and children.