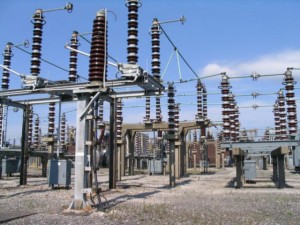 The Transmission Company of Nigeria, TCN, has given reasons for the poor power supply or total blackout as witnessed in several parts of the country, saying drop in power supply occurred between November 23 and 26 due to reported vandalism of gas pipeline supplying gas to Okpai Power Plant in Delta State, which resulted in the shutdown of the power station and caused an unavoidable power rationing nationwide.

According to the General Manager (Public Affairs) of TCN, Mrs. Seun Olagunju, the repair of the vandalised gas pipeline had been done on Monday, but she admitted that it would take a while for power supply to stabilise in the country.

“There will be about 450Mw reduction in electricity generation due to reported vandalism of gas pipeline supplying gas to Okpai Power Plant in Delta State, resulting in the shutdown of the power station and an unavoidable power rationing nationwide.

“TCN is reliably informed that repair work is expected be completed within three days and the power plant will expectedly resume generation today (yesterday).

“TCN regrets the inconveniences to the Federal Government and our highly esteemed electricity consumers nationwide and enjoined members of the public to work with the government in protecting installations and facilities meant for our social-economic development,” she said.