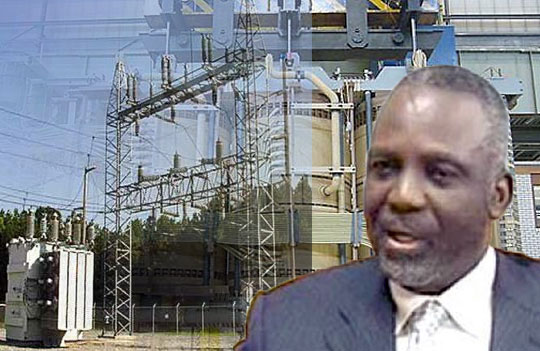 More than a year after he resigned his position as Minister of Power in the Goodluck Jonathan administration, Robotics Engineering expert and creator of geometric reasoning, Professor Barth Nnaji yesterday opened up on the “powerful interests” that led to his sudden exit from office even while he was evidently beginning to tackle the country’s perennial power problem.

Nnaji claimed that some unnamed generator and diesel suppliers as well as sundry government contractors in the power sector were behind his sudden resignation from office.

Nnaji, who is the Chairman and Chief Executive Officer of Geometric Power Limited, however, attributed the successful handover of the successor companies of the Power Holding Company of Nigeria, PHCN,  which took place on Friday to the foundations he laid while in office.

The former minister made this known at Bells University of Technology, Ota, Ogun State, where he delivered the institution’s 5th Convocation Lecture entitled: “Towards a Sustainable Value System for Economic Growth.”

According to Nnaji, the conclusion of the privatization of the power sector would not have been complete without reference to the initiatives he introduced and the solid foundation he built right from the time he was Special adviser to the President on Power and later Power Minister.

He said he was particularly happy that despite the fact that the people behind his travails moved to “hack me down”, the Power Sector Reform Roadmap he initiated became a success story.

Nnaji said, “When I came in as Special Adviser on Power to the President and Chairman of the Presidential Task Force on Power, I said we should take this power issue as an act of parliament and implement it to the letter.

“When you hear of the Power Sector Reform Road Map, it is the plan for the implementation of a law for the reform of the power sector and we did not go outside of that as we pursued it vigorously and boosted investor confidence.

“I’m pleased that today (Friday) is the physical handover of all the generation and distribution companies to private sector. I’m very proud of this rigorous plan and discipline and the follow through.

“But this success story came with all manner of challenges. Some people were trying to hack me down and it was just tremendous.

“We had challenges from generator suppliers; diesel suppliers; people in government benefiting from having to award contracts and even the contractors themselves and all manner of people – they were all calling for my head.

“But we were able to go to the point of no return and this is a credit to Nigeria”.

Nnaji, however, decried the alarming level of corruption in Nigeria and enjoined the graduating students to join the movement that will cleanse the nation of the scourge.

He said, “Ask yourself, ‘How can I be a part of doing something great that significantly and positively impact my society?’ ‘How can I balance living well and doing good deeds?

“Go out there and be a shining example of what Nigeria and Africa can give to the world. Become part of the movement that will drop Nigeria from the list of the most corrupt nations of the world.”

In his opening remarks, the Vice-Chancellor of the university, Prof. Isaac Adeyemi noted that the nation’s economy cannot thrive in a situation where corruption and impunity exist side-by-side.

He called for a well-articulated and sustained value system adding that no individual, organisation, society or nation grows beyond its value system.

He added, “I’m also persuaded to resonate the question, ‘What is wrong with Nigeria? Why can we never do things right or do the right thing?’ The simple answer lies in our wrong value system.

“How can the economy grow in a country where corruption thrives with impunity; where pubic officers are liabilities rather than being assets to economic growth and are never held accountable for their deeds?”