A mother of premature twins, Asabe Ibrahim, on Friday during the commemoration of the World Prematurity day in Abuja said practising the ‘kangaroo mother care’ helped her children gain weight after a pre-term birth caused by malaria. 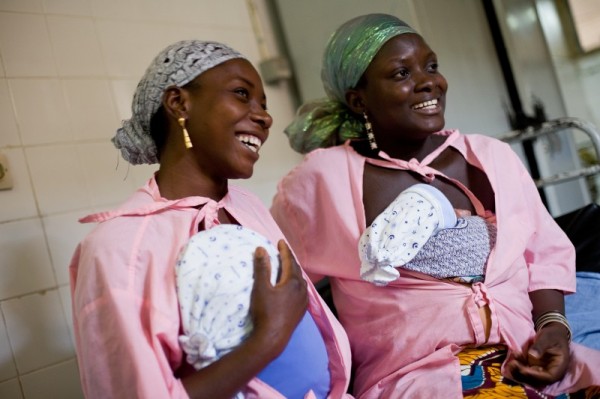 At this years’ event themed, “Born Too Soon, Hold them Close,” Mrs. Ibrahim, who gave birth to her twins at 26 weeks at Gwagwalada Specialist Hospital, said her children started gaining weight when she was introduced to the kangaroo method by Little Big Souls, a non-governmental organisation chaired by Nollywood actor, Ejike Asiegbu.

Mr. Asiegbu himself was born premature at seven months. Speaking at the event, Abimbola Williams, Senior Maternal and Newborn Advisor for Save the Children International, explained that the kangaroo mother care’ involved a mother holding her child close to her breast – skin to skin – while covering the baby’s head and feet to prevent heat loss.

She said the method enabled bonding between mother and child, created warmth for the baby, and allowed it suckle the mother’s breast.

She noted that backing a baby skin to skin did not provide the same effect as the kangaroo care as the baby would not have access to the mother’s breast milk from behind.

She, however, noted that fathers and other members of the family could also be involved in the practice to ensure that the baby survived.

Mrs. Ibrahim narrating her experience with the method, said her husband, doubting the survival of the children, had left her and the children to their fate at the hospital.

“I became a beggar in Gwagwalada, begging for alms to be able to run tests for my children,” she said.

She said people mocked her, called her children all sorts of inhumane names, and advised her to let them die as they were sure the children were not going to survive.

“I always told people my babies were human beings and they must survive.

The Country Director for Evidence for Action, Tunde Segun, stated that success stories must be told as evidence that, in the right condition and with appropriate care, premature babies could survive.

“We use evidence available for advocacy and accountability to hold government and policy makers accountable for what they say they are committing to health. “We also work with the media to report, not just the bad stories, but balancing with success stories as evidence that babies, even premature ones, can survive if well taken care of,” Mr. Segun said.

The Director of Family Planning, Balami Wadapa, representing the Minister of Health, Onyebuchi Chukwu, said the Nigerian government was making a lot of effort in maternal and newborn health through partnership.