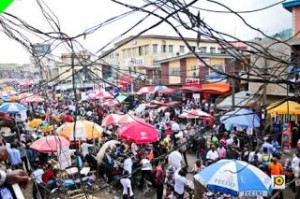 Arrangements have been concluded to relocate all computer dealers in Ikeja to Katangowa Internet City, in Oke Odo area of Lagos State, in the first quarter of 2014, the government has disclosed.

Speaking at a recent media parley, on the activities of his ministry, Commissioner for Science and Technology, Mr Adebiyi Mabadeje, said all major players in the Information Technology, IT, industry would soon be moved to the 15 hectares of land axis, assuring that it would generate jobs for hundreds of Lagos residents when it finally kicked off.

“I can’t categorically say when we are moving them to the city, but we are working towards the first quarter of next year. We are discussing with all stakeholders in the market to ensure the success of the project. All the traders at the market now, will be fully carried along in the project.”

“The new market will be a modern standard market that will serve as one stop shop for IT industry. This will further enhance business in a friendly and enabling environment that will add value and ensure accessibility,” he said.

Dispelling rumours making rounds over non-functioning of over 100,000 Close Circuit TV Cameras installed across the state by the Federal Government, Mabadeje said the cameras have been activated for effective surveillance and crime monitoring.

The government also disclosed that no fewer than 100,000 residents had been captured by the Lagos Residents Registration Agency, LASRAA from the beginning of this month.