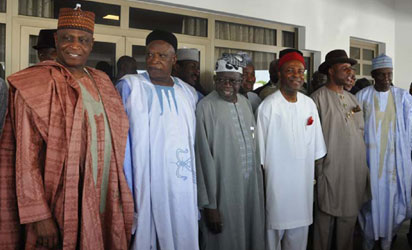 Prominent opposition figure and former Lagos State governor, Asiwaju Bola Tinubu on Wednesday outlined the implication of Tuesday’s merger of the “new PDP” (nPDP) with All Progressives Congress (APC), saying the development meant that Nigeria’s political landscape has taken a new shape for good with the scale and balance of power tilting in favour of the opposition in Nigeria.

According to the APC leader, many areas abound which the new PDP and APC alliance would unveil, even as the perception alone of having so many governors working together in one party and platform would help ginger the sharing of ideas and values by Nigerians which will build people’s confidence in the electoral process.

This, he added, will ensure that “one man, one woman, one vote should be the order of the day”.

Tinubu, who made this known in an Interview with Aljazeera in Abuja yesterday afternoon, noted that the merger would also bolster the confidence of other democratic observers around the world, even as he reassured Nigerians that help and hope were already at their doorsteps.

His words: “Nigeria’s political landscape has changed. It will change forever and change for good. The scale and balance of power is tilting and changing to the opposition. We are moving from imperialism to proper democracy.

“This development will start reshaping the landscape of politics in this country forever. Not for us only, but for generations unborn, and the future of this country to take its position as a leader in Africa. And not just a well-populated country that is big but directionless.

“Nigeria has tried in the past to achieve stable democracy. Like other African countries, we have had our share of military rule and a bit of democratic rule. But we are blessed with human and material resources which have not been harnessed for the welfare of the mass of the people in this country”.

Tinubu expressed dismay that “the belief in one power mandate of a particular political party has systematically encouraged corruption, lack of care, lack of focus on the primary things that will develop this country”.

Expressing dismay that the country has long been deprived of the sophistication, honesty, trust and transparency required in electoral process, Tinubu observed that balance of power had always been tilted in favour of the incumbency in Nigeria.

“While it is common knowledge that Nigerians have never seen a group that will have a common focus as well as put patriotism as the cornerstone of their guiding principle, he stated, the new opposition which added another feather to its nest with the merger of a faction of the ruling party will put people at the forefront of their cause in participating in politics.

“Never has there been a group that will focus on the welfare of the Nigerian citizenry and fight corruption and waste in governance. There are many areas that this new APC alliance and effort will unveil. We will ensure that we have credibility in the voting system, the character, commitment of our people – the value that you want to pass the torch to the coming generation on democracy”.