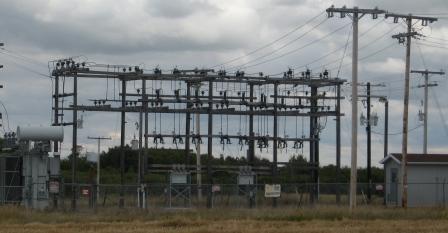 The Transmission Company of Nigeria on Wednesday announced that the nation’s power generation now hovers between 3,800 megawatts and 4,000 megawatts.

Mrs Seun Olagunju, TCN General Manager, Public Affairs, disclosed this to the News Agency of Nigeria in a telephone interview.

She said that the restoration of power to 4,000 megawatts followed the repairs of the vandalised pipeline supplying gas to Okpai power plant in Delta State.

Olagunju said that the 450 megawatts from Okpai power plant lost during the period of the damage had been returned into the national grid since Monday, Nov. 25.

She reassured Nigerians that power supply would be stable after the completion of repair work on the gas pipelines.

The TCN spokesperson reiterated the Federal Government’s determination to improve power supply across the country.

She said the Federal Government was also collaborating with states to implement the National Integrated Power Projects.

She said that the private sector was being encouraged to complement efforts of government by building power projects aimed at increasing power generation capacity.

“So, I want to assure Nigerians that from what we are seeing on ground, from the end of this year onwards, I believe that there will be greater stability of power in the country.

“Even now, there is marginal increase in power generation.

She said that ongoing construction of additional power plants would increase power generation from the end of 2013 to 2014.

“Let me reassure Nigerians that as far as power supply is concerned, our country is moving in the right direction; far better than it used to be.

“So, let’s keep working together so that Nigeria can be lighted up 24 hours.

“We have over 4,000 megawatts of electricity now, but what we are sending out in the average is 3,800 mw because of the frequency control that regulates the supply.” she said.

NAN reports that Okpai Power Plant was shut down on Nov. 23, 2013 following the vandalism of the pipeline that supplies gas to Okpai power plant. (NAN)