As the Academic Staff Union of Universities’ NEC meeting gets underway, the Pro-Chancellor and Chairman of the Governing Board of the University of Benin, Senator Bob Effiong, has appealed to the striking lecturers to go back to classrooms as a last respect to the late Professor Festus Iyayi who lost his life while struggling for the course of the Union. 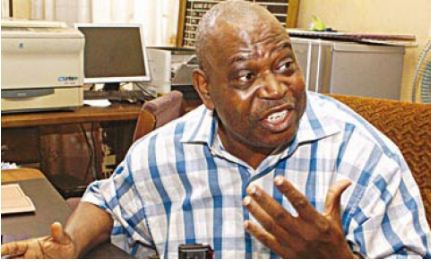 Iyayi, a former Head of Business Administration Department of the University of Benin and former National President of ASUU was killed in an auto crash while on his way to attend ASUU National Executive Committee (NEC) meeting in Kano.

Effiong had expressed that the death of Iyayi was painful as he was unable to see to the end of what he was struggling to resolve; a strike he said had lasted for more than four months.

The Chairman had equally, in a condolence visit to Iyayi’s family yesterday called on the Union to institute an academic foundation in honour of Iyayi for his immeasurable contribution to the nation’s education sector.

“…it is expedient at this point for both the federal government and ASUU to come to an understanding in honour of this great patriot,” Effiong said.

The condolence message reads thus: “When we take into cognizance his immense contributions to ASUU in its quest to reposition Nigerian universities in the world and his role as a teacher and scholar, we know that the academia has lost a rare gem that would be difficult to replace.

“However, we want to console you to bear the loss with fortitude, resting in the knowledge that Professor Iyayi gave his life in the struggle to ensure a better and brighter future for the Nigerian child in terms of sound education.”