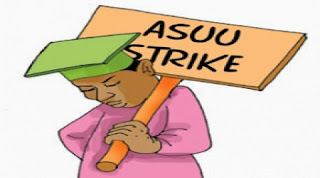 THE Federal Government , Tuesday, said it was withdrawing the ultimatum given to striking university lecturers to resume or be sacked following appeals from well-meaning Nigerians and substantial compliance with the directive by some members of the Academic Staff Union of Universities.

According to the Federal Government, the Central Bank of Nigeria, CBN has confirmed that a sum of two hundred billion Naira agreed with ASUU at a meeting with President Goodluck Jonathan on the 5th of November, 2013 has been fully paid into a Revitalization of Universities Infrastructure Account.

Addressing Journalists, the Senior Special Assistant (SSA) to the President on Public Affairs, Dr. Doyin Okupe who showed to newsmen the CBN letter which was signed by the Deputy Governor of the Central Bank of Nigeria, Mr Tunde Lemo and addressed to the Accountant General of the Federation, confirmed that the total sum of two hundred billion Naira was the balance in the account as required.

Okupe who noted that what the federal government was interested in was how to resolve the six month old crisis in a peaceful manner for the overall interest of all concerned, said, “right now, the issue of ultimatum is not a matter for discussion anymore. There has been substantial compliance nationwide. If I say you must return to work on the 9th and 70% of the people that I am talking to have returned to work, that is substantial compliance.