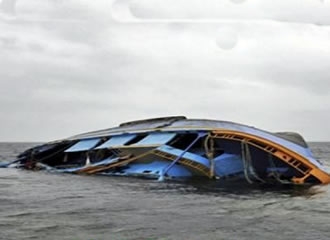 Following the capsizing of a boat carrying about 50 passengers on the Buruku River in Buruku Local Government of Benue State on Thursday, at least 15 bodies have so far been recovered from the river.

However, many more are still said to be missing 24 hours after the accident which involved passengers, believed to be fun-seekers, who were at the Buruku Beach to celebrate the Boxing Day.

Information Nigeria reported that the incident occurred at about 8.45pm when the boat capsized while crossing a terminal minutes after it took off.

The incident was confirmed by the Benue State Police Public Relations Officer, DSP Daniel Ezeala, who said search-and-rescue officers had so far recovered 15 corpses, adding that no survivors had yet been found.

He stated that rescue teams were still searching for victims with investigation into the accident ongoing.