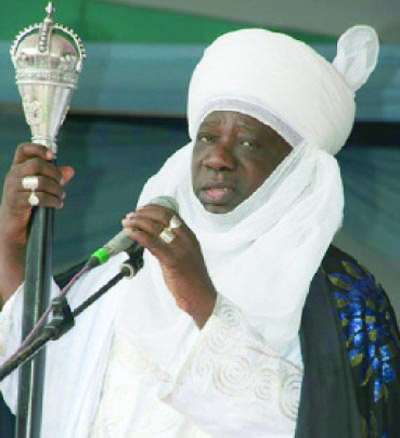 Emir of Ilorin, Alhaji Ibrahim Sulu-Gambari yesterday said if not for his prompt intervention, a bloody clash between Yorubas and Fulanis could have erupted about two months ago.

According to the Emir, following a fight between a herdsman and a Yoruba man in Alapa which reportedly degenerated into violence, some people alleged that a Yoruba man was killed. The development led members of the Yoruba militant group, Oodua Peoples Congress (OPC) to mobilize to attack the Fulani.

He said it was also alleged that after the OPC members killed some Fulani herdsmen, they stole their cattle and later sold them off in Ibadan, Oyo State.

The monarch disclosed that this allegation made a group of militants from the far north of the country to mobilise themselves in preparedness to storm Ilorin in a bid to avenge the killing of their Fulani kinsmen.

He said that when he got wind of the plan, he quickly waded in by explaining to the people that the progenitor of the head of Ilorin Emirate is from the Sokoto sultanate and that both the Fulani and Yoruba people in the emirate are one people co-habitating without discrimination.

The Emir said his intervention discouraged the people from going ahead with their vengeance mission and thanked God that his intervention worked because the reprisal attack could have worsened the security problem in the country.

He noted that the remaining Fulani herdsmen, who have been displaced after their huts were torched in the violence, were put in a camp where he volunteered N1m for their feeding beside the assistance rendered by the Kwara state government.