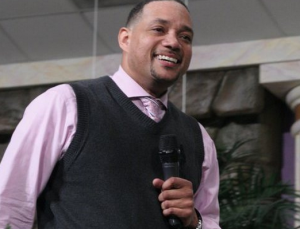 More than two years after the mysterious death of Pastor Zachery Tims in a New York City hotel room, the cause is now known: a toxic, fatal combination of cocaine and heroin.

The New York Medical Examiner’s Office released the cause of death Thursday after a drawn-out legal battle by the Apopka preacher’s mother, Madeline Tims, to keep the cause sealed.

The NYC Office of Chief Medical Examiner’s release says Tims died of “acute intoxication by the combined effects of cocaine and heroin. Manner of death: Accident.” The release came after a New York appellate court ruling Dec. 10 upheld a lower court decision that the Medical Examiner’s office had the authority to release the cause of death, according to a spokesperson with the law firm representing Madeline Tims.

Officials from Tims’ church, New Destiny Christian Center, did not return a call for comment. Riva Tims, his former wife, also did not respond to a request for comment. Tims, 42, died in the W Hotel on Aug. 12, 2011. Although the New York Police Department ruled no foul play in his death, published reports said police found a packet of powder in his pants pockets — spawning speculation that he died of a drug overdose.

Tims, who grew up in Baltimore, was candid about his past, which included violence and drug addiction as a teenager. In the eulogy at Tims’ funeral, evangelist T.D. Jakes characterized Tims as an imperfect man who ministered to imperfect people.

“He tried hard to heal himself, to fix himself,” said Jakes, chief pastor of The Potter’s House in Dallas. Tims was open to his congregation of about 7,500 about his own failings — including his life of crime and drugs as a young person and the infidelity that cost him his marriage in 2009.

Riva Tims filed for divorce in 2008 and she started her own church, Majestic Life Ministries, in Orlando. Initially stated as “irreconcilable differences,” the real reason behind the divorce, according to Riva Tims, seen below, was her husband’s alleged “multiple and repeated extramarital sexual affairs.”

In interviews following her former husband’s death, Riva Tims said she knew of Zachery’s drug abuse in the past, but didn’t know he was still using drugs. “I had no idea it was so much. I’ll put it this way: It’s one thing to have a struggle; it’s another thing to have a lifestyle,” Riva Tims told Ebony magazine. “When it’s a struggle, there’s grace. But when it’s a lifestyle, there’s no grace.”

After Tims’ death, and the selection of Paula White as his successor, Riva launched a failed effort to regain control of the church she started with Zachery in 1996. Together, the couple grew New Destiny into one of the largest churches in Central Florida.

New Destiny built a $3.4 million, 34,000-square-foot center in Apopka as a safe place where area youths could hang out after school.