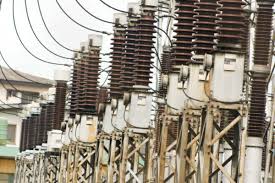 The planned nationwide strike by electricity workers of the defunct Power Holding Company of Nigeria and its successor companies which was scheduled to commence yesterday, has been shelved for another two weeks.

This follows the outcome of a meeting on Monday night which stretched to the wee hours of Tuesday between the Federal Government officials of key unions, representing the workers of the defunct PHCN and its successor companies.

It was also learnt that the decision to suspend the strike was agreed at the meeting.

If the strike had gone ahead as planned, the entire country would have been thrown into darkness but the President-General, SSAEAC, Mr. Bede Opara, said that the unions decided to put the strike action in the coolers after reaching a compromise with the Federal Government during the meeting.

He said, “I’m sure you have heard that the strike has been suspended for the next two weeks. We had a meeting with government yesterday (Monday) that ended this (Tuesday) morning”.