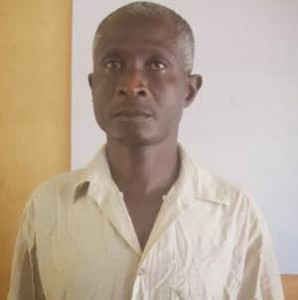 PETER ATTAH, a 50-year-old mason has been apprehended by the Emefs Police Station for defiling a four-year-old child under the pretext of driving away mosquitoes hovering between the thighs of the victim.

The culprit, a resident of the area, was nearly lynched by angry neighbours at Mataheko in the Kpone-Katamanso District of the Greater Accra Region, where the incident occurred, after the grandmother of the victim, caught him in the act.

Attah, after his arrest, was purported to have explained to the police that he was trying to drive away mosquitoes hovering between the thighs of the minor, when he mistakenly inserted his finger into the vagina of the four-year-old girl, but did not defile her.

However, a police medical report form endorsed by medics at the Tema General Hospital was said to have confirmed the act and elucidated that the hymen (virginity) of the victim had been broken, with sperms found in the girl’s vagina.

Superintendent Kwesi Ofori, Dodowa District Police Commander explained to DAILY GUIDE that on December 18, 2013 at about 6:30pm, the grandmother of the girl had briefly left her while she was asleep in the house, when Attah, a neighbour, took advantage of her absence to defile the little girl.

According to him, the distraught grandmother returned home to find the victim awake in the company of Attah, but unable to walk and bleeding heavily due to the act of defilement.

He said Attah was apprehended by some neighbours after the grandmother raised the alarm, but he attempted to settle the issue out of police station and gave an amount of GH¢150 to the grandmother for the victim to be sent to the hospital for treatment.

The Dodowa District Police Commander, upon a tip-off attempted to arrest Attah, but he got wind of it and went into hiding.

A police medical report form was issued to the victim’s grandmother to send the girl to hospital. The medical report endorsed by a doctor duly confirmed the act, stating also that traces of sperm were found in and around the vagina of the victim.

Attah, Superintendent Ofori noted, was apprehended at his hideout at Pobeman near Amasaman in Accra by police and brought to the station to face the law.

The Dodowa Police boss condemned the act, saying Atta would be arraigned in court this week.