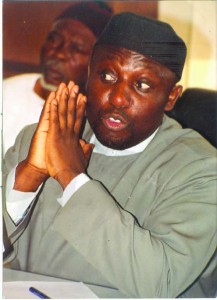 Imo State government has sent about 84 persons back to Katsina for fear of them being members of the dreaded Boko Haram sect.

The deportees, mainly youths, had been in Imo State for eight days undergoing skill acquisition training when the Peoples Democratic Party, PDP, in the state raised an alarm that they might be Boko Haram insurgents.

The young Muslims, who had spent about eight days in the state, were quartered in the premises of Imo Newspapers Limited, on Egbu Road, Owerri, which is now renamed “Imo College of Advanced Professional Studies, ICAPS.”

According to Vanguard, a security man on guard in the premises, who spoke on strict grounds of anonymity, explained that government had no other option than to send them safely back home.

“The alarm by PDP raised palpable fears that people could descend on the innocent students. Government had to cut short their training and sent them back to their state,” the man said.

Director General of ICAPS, Mr. David Day, confirmed to journalists in Owerri that the establishment trained youths on skills and leadership programmes.

“We do not train miscreants, criminals and members of Boko Haram in ICAPS. We had to cut short the training of 84 literate youths from Katsina State, as a result of the alarm, which obviously put their lives in danger,” Mr. Day said.