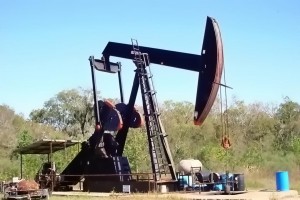 The Federal Government’s desire to achieve commercial oil production in the Chad Basin this year may not come to fruition, due to insecurity caused mostly by Islamic insurgency under the code name, Boko Haram.

Vanguard learnt that the various technical personnel who provided support services for exploration activities have left the region from fear of being killed, while geologists in the Nigerian National Petroleum Corporation (NNPC), also shunned the volatile Basin in Borno State for fear of losing their lives.

With this insecurity situation, the over N27.7 billion investments may not be realised as scheduled. Vice President Namadi Sambo said last year that oil prospecting in the Chad Basin was yielding promising results, and may lead to commercial exploration of oil and gas this year.

“I want to inform you that government is committed to the oil and gas search in the Lake Chad basin,” he said at the palace of the Shehu of Borno, Abubakar Ibn Garbai.
Sambo also said three blocks have been identified in the area after series of research.

But the raging Boko Haram insurgency has however punctured government’s optimism. The Government had in a bid to douse the insurgency deployed soldiers to the site, while a state of emergency had since been declared in Borno State.

But industry sources argued that these measures are not enough to guarantee security of lives and property.

“The Joint Task Force (JTF) is having a clamp down on the Boko Haram terrorists, while those terrorists too have retreated to launch guerrilla warfare on the military. In all of these, do you think as a geologist one will be able to think straight?

“Even those on site are not finding it funny. It is true that some of us do not want to be anywhere near that place. Do not forget that we lost three of our staff to the insurgency in 2012,” one of the workers deployed to the region said.

Oil workers under the auspices of the Petroleum and Natural Gas Senior Staff Association of Nigeria (PENGASSAN), had late last year warned of possible abandonment of the northern region on account of the increasing activities of the sect.

In a statement entitled: “The Road to Yugoslavia,” PENGASSAN said, “the Boko Haram insurgency represents a dangerous descent into anomie, reminiscent of the horrific inter-ethnic and religious war that marked the violent break-up of the former Yugoslavia.”

The association reiterated that it would not hesitate to call out its members, starting from its Kaduna zone, if government did not arrest the violence against innocent Nigerians in the northern part of the country.

“PENGASSAN expresses grave concern on the deteriorating security situation in the country resulting in the loss of innocent lives and which has led, lately, to the declaration of a 24-hour curfew in two states — Kaduna and Yobe — with the attendant impact on the socio-economic lives of the citizens of those states and other neighbouring states.

“We further call on the Federal Government of Nigeria, which has all the coercive powers of state to wake up to its primary responsibility, i.e. the security and welfare of the people as enunciated in section 14 of the 1999 Constitution.

“We, and indeed all Nigerians, are tired of the President’s usual swan song of expressing heartfelt condolences, condemning the dastardly act and promising to bring perpetrators to book whenever attacks like these happen.” [Vanguard]