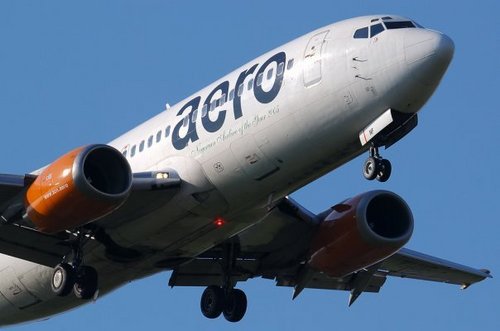 The NCAA in a letter to Aero Contractors said it viewed the poor handling of passengers on its flight on November 8, 2013 as a gross disregard for aviation rules.

The letter, made available to aviation correspondents, was signed by NCAA’s Secretary, Pollie Okoronkwo, on behalf of the Director-General, Fola Akinkuotu.

“On 8th November 2013, our Consumer Protection Officers in Abuja reported a disruption of your flights. Specifically, our investigation showed that you failed in exercising the duty of care owed to passengers in the event of delay or cancellation. This failure is a violation of Part 19.4 and Part 19.5 of NCAR 2012,” the letter read.

The airline had kept passengers on its flight AJ132 stranded almost overnight on the tarmac at the Nnamdi Azikiwe International Airport, Abuja. Consequently, some passengers were forced to sleep in another Aero Contractors airplane and eventually in the airport’s departure lounge.

Following the incident, some aggrieved passengers demanded N175 million as compensation from the airline for the shabby treatment they received.

In its letter, the NCAA said that having considered the circumstances of the incident and the corrective action taken by the airline, it would commit the legal enforcement action due to the airline, to a warning.

The NCAA also urged passengers to be patient and tolerant in the event of unavoidable delays or cancellations of flights in the interest of safety. It advised pilots to adhere strictly to specified weather minima, especially during the prevailing harmattan period.

The statement said NCAA was committed to strict compliance to safety regulations in the interest of safe flight operations and that violations would be viewed seriously.