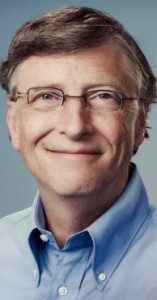 The last two making the list is surprising but when you throw in the pope, there’s a little bit of surprise.

Pope Benedict was recently named as the best dressed man for 2013 by Time magazine and now this.

Gates scored highly in each of the 12 countries where YouGov conducted polling and was the most popular in China. Putin’s popularity among Russians helped him secure third place on the list, the newspaper reported.

YouGov surveyed 14,000 people in the U.K., France, Germany, Russia, the U.S., Australia, Pakistan, Indonesia, India, China, Egypt, Nigeria and Brazil in the poll conducted for the Times, according to the newspaper.