Home News Feed Serena Williams shows off her famous curves as she strips down in...
Facebook
Twitter
WhatsApp

She is known for her famous curvy figure.

And in a recent photo shoot for Australian lingerie brand Berlei, world number one tennis player Serena Williams is seen showing them off as she strips down to model a variety of sports bras.

Behind-the-scenes images from the shoot are seen on Elle.com.au, and in an accompanying interview the fashion conscious star tells readers about how she works closely with brands Nike and Berlei to design her own on-court outfits. 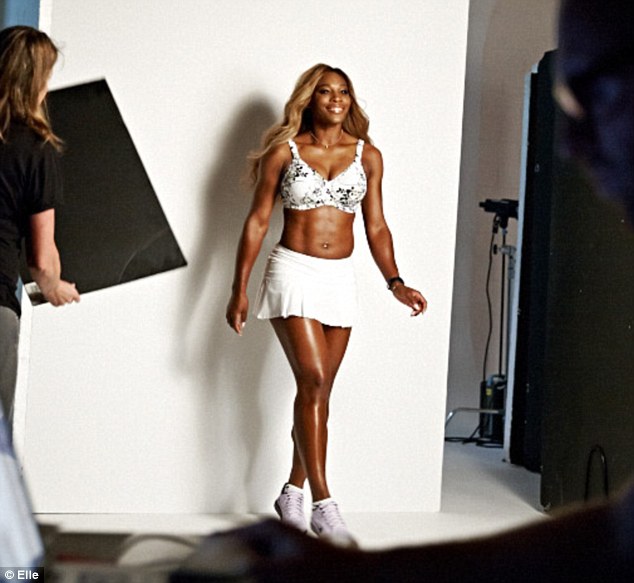 Behind-the-scenes: Serena Williams  took time out from her busy tennis schedule to star in a recent campaign for lingerie brand Berlei as seen on Elle.com.au

Before this year’s Australian Open, the 32-year-old took time out to star in a fashion campaign for the clothing company, for whom she’s been a brand ambassador for two years.

Speaking about her favourite bra, she tells her fans: ‘It’s perfect for high-impact activity.

‘It’s so super comfy, even when you’re working up a serious sweat.’

In the behind-the-scenes look at the photo shoot for Berlei, Serena is seen showing off her incredibly toned figure as she strips down to a variety of sports bra.

She mixes the accoutrements with both tennis attire and designer pieces.

The sports star looks stunning in the glamorous shoot with her hair coiffed in tumbling waves and gold themed makeup. 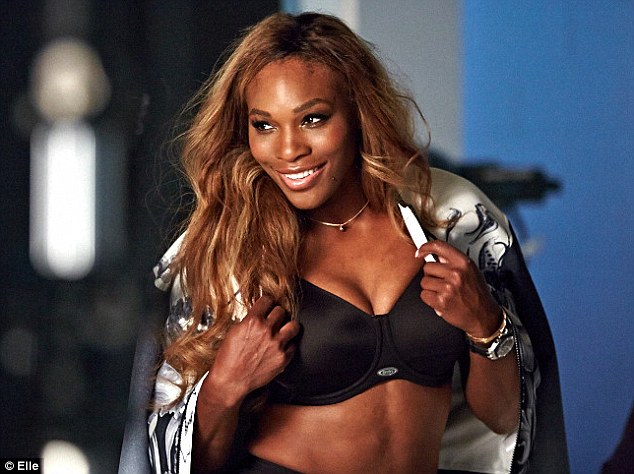 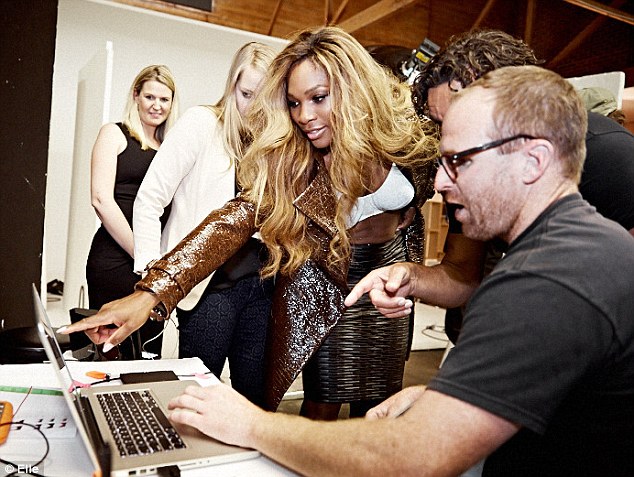 Is there no end to her talents? The fashion conscious star appeared to be heavily involved when it came to the styling of the shoot

The star also goes on to share her on court style secrets, saying: ‘I love classic lines that are functional but work with my shape.

‘This year is all about colour blocking, so this paved the way for the look. Bright colours, like blue and pink, were teamed with panels of black for a slimming yet bold look.’

It seems like Serena takes her fashion almost as seriously as her tennis, citing Burberry, Dolce & Gabbana and Giorgio Armani as her favourite designers.