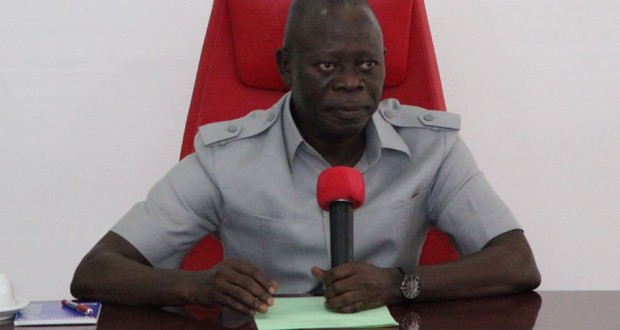 An agreement has been reached between the Edo State government and doctors in the state under the banner of Nigeria Medical Association (NMA) as the duo have reached a deal on matters affecting the doctors’ conditions of service and improvement of infrastructure in the health sector in the state.

Giving the good news weekend after a meeting with the doctors where the issues in contention were discussed, Governor Adams Oshiomhole told reporters: “I just finished a meeting with the doctors, and what was discussed was the entire healthcare delivery chain, including primary healthcare centre, and the fact is that we have carried out a comprehensive survey to establish precisely where we have health centres, hospitals, and how many doctors, nurses we need. Now we have all those figures with us and the challenge is finding the money to employ all the hands that we need”.

The state Commissioner for Health, Dr Aihanuwa Eregie, who shed more light on the talks with the doctors said: “The main issues discussed were the issues of the shortfall in the salaries structure that is CONMESS and CONHESS.  We also discussed the issues of promotion, the issues of sorting out infrastructure within the health sector and then staff motivation. The meeting ended on a positive note with the workers being satisfied. It was quite cordial and we are looking forward to working in a more cordial, more friendly health sector consequently”.

NMA chairman Dr Emmanuel Ighodaro on his part said: “We agree quite honestly that the issues concerning health cannot be solved in one day, but all we are clamoured for was that the right step be taken. Today, the right step has been taken and all other ancillary issues were also addressed”.