As odd as it may sound to people who aren’t familiar with any other religion apart from Christianity or Islam, there are communities in Nigeria that place snakes as their gods 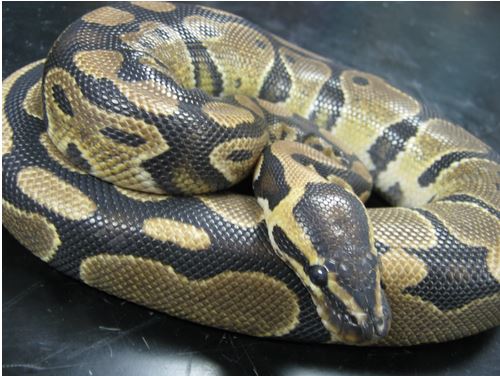 In a chat with one of the priests who identified himself as Ngozi Obiwuru, he boasted that no amount of civilization can change that part of their culture; worshipping of python. “Several churches have come to deliver this community but have failed to stop the worship of snakes. I used to be a Christian before my father whom I inherited this job from died. I had to relocate to the village and learn the traditions of our people.

“If you mistakenly kill a snake, you will simply appease the gods or face the consequences. There was a particular case, the man called all kinds of pastors to pray for his family, at the end of the day he came to me and performed the sacrifice. It dawned on him that it was not a joke when his three kids died mysteriously.

“Several churches have been advised to stay away from that part of our religion. We welcome the fact that they have brought a lot of development in our area, but the fact remains that no one can force us to abandon what we believe in.”

To appease the gods, Obiwuru said: “It is very simple. The individual will buy a white coffin, white cock, goat and will come to the shrine for sacrifice. The coffin will be used to bury the snake. These snakes do not bite anyone; it is a sign of blessing if it chooses to visit your family at night.   It is an honour to have a god in your home, just as the Christians rejoice when they spot an angel in their homes.

“One of my close relatives tried it. He came back from the city, and told me that he has just finished seven days fasting. To try the potency of his prayers, he said would kill as many pythons as he could lay his hands on. He actually went to the bush to find one. Today, my brother is dead and buried and no one can explain what happened to him.”

Just as he claimed that python is a sacred animal, Obiwuru also warned visitors to steer clear of Obana River. “It is a taboo for an indigene or visitor to kill a fish in the river.  If a visitor unknowingly takes it away, he or she will not be affected.