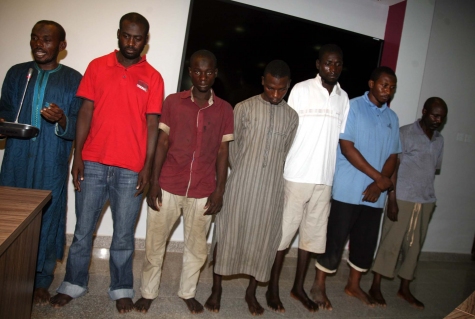 One of the frontline students of late Sheikh Muhammad Awwal Adam Albani, Zaria, Kaduna State, and spokesperson of the cleric’s students, Dr. Abdulganiyu Abdul-rafi’u, Tuesday, reacted to reports that seven suspects have been arrested in connection with the popular Islamic cleric’s death.

Abdul-rafi’u, who was speaking in Zaria, said: “This is the opportunity we have been waiting for; for the government or its agencies to come out officially to declare that the so-called Boko Haram are responsible for the murder of Malam (Sheikh Albani). I am going to say this for Allah, Nigerians and the world to bear us witness. Our understanding of Islam is that; it is a religion that encourages pursuit for all forms of knowledge, including western. It is also a religion that encourages its followers to strive to become relevant in all spheres of life through the acquisition of knowledge. That Allah has enjoined Muslims to engage in Jihad does not necessarily mean use of violence or going to war. Jihad can be of different kinds. War is the last form of Jihad. It is important for all and sundry to know this. We have been on this path as preached by our late scholar and other Sunni Islamic scholars”.

He added: “We are not afraid to die now, tomorrow or anytime. We are being law abiding because that is what our religion teaches, but not because we are afraid of anybody. In 2011, Malam was arrested and detained in prison on the allegation that he was a member of the Boko Haram sect. They staged managed some miscreants to say that Malam was the one who sent them to detonate a bomb in Rafin Guza, a surburb of Kaduna metropolis. It was based on that, they sent him to prison. Now that their Boko Haram suspects have confessed to killing Malam, it means that we have been vindicated, once again. It means that our movement has no link with the so called Boko Haram. It also means that some people are using the Boko Haram to harass and victimize innocent Nigerians, Muslims especially”.

On plans by the Department of State Security Services, SSS, to try the suspects in law courts, the spokesman for the late cleric’s students argued that since they claimed to be Muslims and that they allegedly carried out the act in the name of Islam, they (suspects) should be tried in a Shari’ah Court.

“We feel that it is the right court to decide their case. It is the Shari’ah Court that can administer the right punishment based on the Qur’anic injunctions. Let me also say that we are among the luckiest people in Nigeria, because one month after the assassination of our teacher, his murderers have been arrested while the murderers of Sheikh Ja’afar Mahmud Adam and others are still not know”, he said.

In reaction to the confession by the suspects that they killed Albani because his followers once slaughtered a barber after a misunderstanding with Zakzaky’s students, Abdulrafi’u, said; “Well, do you think it is possible for us to kill somebody and remain free? Are they saying that there are no law enforcement agents in Nigeria to handle such cases? Another question is who was that barber? What is his name? Who are his relations? Where did he live? And when we slaughtered him, where did we take the body to? It is when they answer these questions that they will be able to convince the public that we actually killed someone”.

He added: “Since the death of Malam, people have tried to link the murder to different people, including government. We told ourselves to be patient and follow the matter according to the laws of the land. We will continue to do that and wait to see the unfolding events and where they would end”.