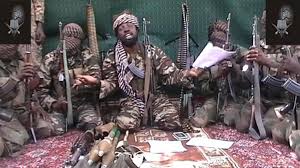 At least 17 people have been killed by an explosion in a village market in Borno State in an attack blamed on Boko Haram Islamists, a local police chief said on Sunday.

News on the attack was slow to emerge after insurgents destroyed nearby telecom towers, shutting down communications in the area.

“An explosion in the market in Nguro-Soye killed 17 people”, Tanko told AFP, adding that police were investigating the source of the explosion.

“The attack on Nguro-Soye, as in previous attacks, is the handiwork of Boko Haram insurgents”.

Residents, who fled the village to the state capital Maiduguri put the death toll at nearly 30, and said more people were hurt.

“Many people were injured in the attack and the stampede that followed”, said Ibrahim.

Nguro-Soye lies close to the town of Bama where 60 people were killed last month in coordinated bomb and gun attacks by Boko Haram that burnt half the town.

Deadly attacks blamed on the sect have intensified since the turn of the year, making it one of the bloodiest since the insurgency began in 2009.

So far in 2014 some 700 people have been killed in more than 40 incidents, according to Human Rights Watch.

“There is an ongoing military operation in the area (Borno) against the group and the attack was likely in frustration over their losses”, Tanko said.

“It is not established whether the attack explosion at the market which killed 17 people was as a result of planted IED (improvised explosive device) or RPG”. (AFP)