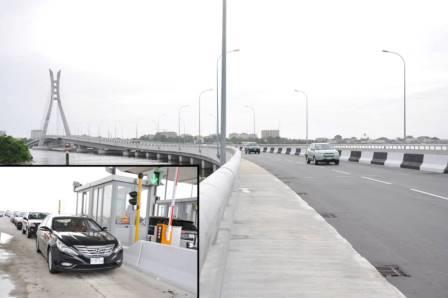 A Federal High Court in Lagos has ruled that the collection of toll on the newly built Lekki-Ikoyi suspension bridge is illegal and a nullity.

Delivering judgement in a suit filed against the state government by a human rights lawyer, Ebun-Olu Adegboruwa, Justice Saliu Saidu of the High Court held that there is no law in Lagos State authorizing the collection of toll on the bridge by the government.

Declaring the toll collection illegal, null and void, the judge held that the power to control the Lekki Lagoon and other Federal Navigable Waterways was within the jurisdiction of the Federal Government.

He said although the Federal Government has given some authority to the state to construct the bridge, there is no law authorizing or permitting the collection of toll fee on it.

“The bridge is not a Public-Private Partnership (PPP) initiative for which the collection of toll can be allowed.

“The question is: Has the third respondent, Lagos State Government, made appropriate law to enable it collect toll on the bridge?

“The third respondent only cited Section 27, 28 and 29 of the Lagos State PPP Law, 2011 as making provision for collection of toll.

“There is nothing before me to show that the subject matter in this case was as a result of the PPP Law.

“The fact before this court is that the bridge was built with the third respondent’s money.  I agree and uphold the construction of this bridge as of right.

“The third respondent has power to generate revenue from the subject matter, but the existing law does not cover it”, said Justice Saidu.

He, however, added what seems like a caveat that for the state to collect toll from the bridge, an enabling law must be must in place.

However, counsel to the state and commissioner for justice, Ade Ipaye said the court’s judgment would be appealed with immediate effect.

“We are grateful for the judgment and we hope to get the full reasons soon. There is actually a law, but this is not the place to talk about it”, said Ipaye.

Also reacting to the judgment, the plaintiff said it was a well thought out decision, vowing to challenge any law the state may make to validate toll collection on the bridge.

He said: “For now, everybody in Lagos State should be free to pass through that bridge without paying any money.

“It was built with the peoples’ money. We cannot pay tax to build a bridge and pay another money to use it. It was not built through concession.

“The court said they cannot apply the PPP Law to a bridge that was built with state funds.

“This judgment is a warning to all statutory and government agencies, because our people are burdened. The economy is bad.

“On behalf of the people of Nigeria, we must continue to challenge all impunity and all taxation that have no backing.

“We are going ahead to challenge other imposition of taxes on our people”, Adegboruwa vowed.